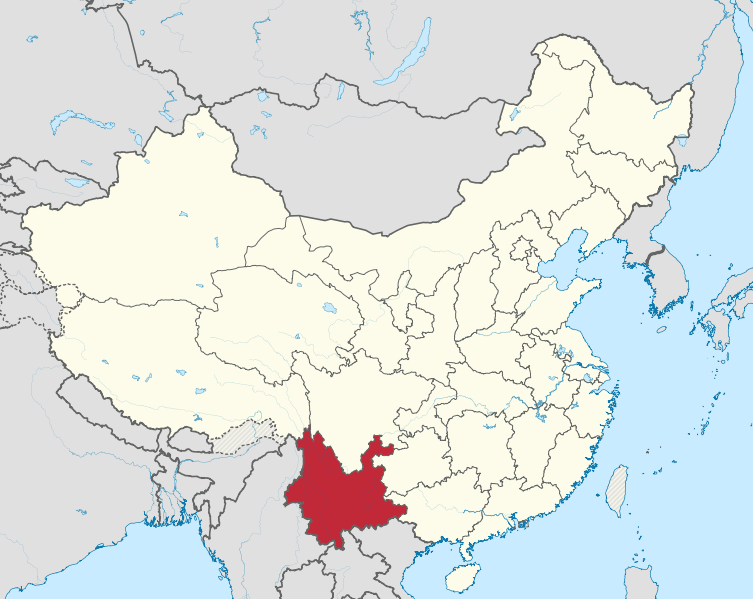 Position of Yunnan in China

Yunnan, on the Yunnan-Guizhou Plateau in the southwest of China lying just below the Tibetan Plateau and abutting Vietnam, Laos and Burma, is a mysterious land of great natural beauty. It covers an area of 394,000 square kilometers, and has a population of 40,000,000. Even today many Chinese think of it as a ” frontier province ” In few provinces of China is so great a diversity of natural conditions and culture to be found as in Yunnan. 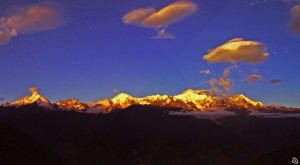 Yunnan has an unique array of fascinating ecotourist resources, including mountains and glaciers snow-capped all year round, lakes and hot springs, alpine landscapes, primeval temperate woodland, and tropical rain forests where elephants and monkeys roam. Forests, totaling nearly 10 million hectares, or eight percent of the nation’s total, cover 24.9 percent of the land of Yunnan, which is China’s haven for plants and animals. 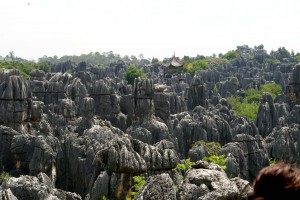 The Lunan Karst topography covers an area of 350 square kilometers and forms “the first wonder of the world” the Stone Forest. The Tiger Leaping Gorge, 3,200 meters height from the cliff’s edge to the water surface of the Golden Sand River, where the massive cliffs overhang swirling rapid currents. More than 40 lakes are scattered around the mountains, which from the air look like they are strewn with pearls.

Many rare and endangered species of plants and animals live in Xishuangbanna. The flowers around Kunming, the City of Spring, bloom through all four seasons. Cut off by precipitous mountains from easy communication with the outside world, Shangri-la, referred to in James Milton’s Lost Horizon, may be the last virgin land where one can observe cultures whose layers go back for thousands of years into the past. Picturesque Lijiang, listed as a “World Cultural Heritage City” by UNESCO, is a region of gorges, lakes and active horse breeding. 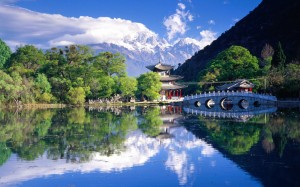 The Naxi people who live here still use hieroglyphic writing and wear sheepskin capes. Yunnan is an area of many different national cultures. 26 ethnic minority groups give a rich patina of diversity and color to the Yunnan scene, contributing with their colorful ethnic costumes, their traditional songs and dances, to the attractive life of the cities, the villages, the fairs and the festivals. The Water Splashing Festival of the Dai people, the March Fair of the Bai people, the Torch Festival of the Yi people, keep the traveler so entranced he never wants to leave.

Yunnan is also one of the cradles of human civilization. The bones of a primitive hominid 1.7 million-years-old have been found in Yuanmou, dinosaur fossils in Lufeng County. From Dali, capital of the ancient Nanzhao Kingdom to the Golden Temple, Black Dragon Pool and many other ancient temples most of which are amazingly intact, Yunnan is a wonderland, with a long history and a deep culture.

Yunnan is a place of neverending fascination. The stone drums, the Jade Dragon Snow Mountain, the worship not of gods but of the sky, the earth, and the mountains; languages whose origins are lost in the mists of antiquity; and the Burma Road which once provided a gateway of American supplies and aid to war-time China in World War II.